This page is going to be of help to anyone who has a need for hoarding graphics to improve the looks of an empty shop, or a building site or any area on view to the passing public that’s not looking its best. The page describes the various types of hoarding graphics that are available and how they are made and installed.

Call Voodoo Now if you’d like to discuss your project or Email us and we’ll get in touch at a time that suits you.

Q: What are hoarding graphics?

A: Hoarding graphics belong to a class of printed graphics that are typically applied to standing structures designed to control access to areas such as building sites and to obscure the view in. Such graphics are also used to obscure the view though shop windows to the space beyond when the shop is empty or not looking its best.

In the case of site hoardings, the works behind the hoarding are often very widely anticipated. The use of digitally printed graphics applied to the hoarding boards can promote the role of the development, or inform those interested in its progress. Hoardings are often used to advertise the business of companies contracted to deliver building works or other services to the development the hoarding contains too.

Hoardings, in and of themselves, are not regarded as particularly attractive structures and some critics go as far as to brand them a blight. With graphics applied, this outlook changes dramatically. In addition to the potential for advertising and information, hoardings can also be used as works of public art in their own right.

Among the most commonly used design elements featured on graphics applied to site barriers and wooden hoardings, is the architect’s rendering of the site under development. Usually a stylised, computer-generated picture, the rendering is generally considered an effective means of promoting the concept of an area’s improvement and the necessity of the works in progress.

The Voodoo DesignWorks has provided temporary promotional graphics and more permanent installations for site hoardings nation-wide. Delivering visual impact at scale is something we’re told we’re pretty good at. We can certainly put your development on the map. Call us to find out how.

Empty shops employ hoarding-style graphics, applied, typically, to their windows, to obscure the view from the exterior into the interior of the premises. Such graphics are often printed with a rendering of an occupied shop so as to create the illusion of a business in waiting rather than an empty unit.

This is another area in which the expertise that’s yours when you come to Voodoo can make a real difference. We don’t just do graphics. We can turn empty shop windows into huge screens to promote anything you choose. That’s another story though and you can read about it here.

Q: How are hoarding graphics made?

A: Most hoarding graphics are made from digitally printed self-adhesive vinyl that’s applied to the hoarding boards. We tend to favour larger-than-life stand-out colour for graphics on such a scale and we sure know how to achieve it. Applied graphics are durable. And where it matters we can laminate the hoarding graphics with a special material that makes any effort to tag it with graffiti an utter waste of time – spray it, and it get’s wiped straight off.

Working with any source of origination is one of the big benefits of us using digital processes to print. If, for example your development is renovating a major building that has some history, hand us the record an we’ll turn it into a site-sized mural that paints the whole picture by composing a design and turning the hoarding into a printed mural.

It’s safe to say that, we can do almost anything the mind’s eye can see in digital print. But let’s not forget that hoarding decoration can be accomplished in a great variety of media that Voodoo works with and understands well.

If your budget’s looking a bit thin, take a look at our cut and applied graphics. You won’t believe that we can achieve so much with a little money. Why not involve the community? We can make “interactive” murals for hoardings that everyone can get involved in creating.

Hoardings are made when a creative idea meets a huge expanse of otherwise ugly boarding. Let Voodoo transform your site. We know how to make hoardings do more.

Refer to the examples, constructions and materials below:- 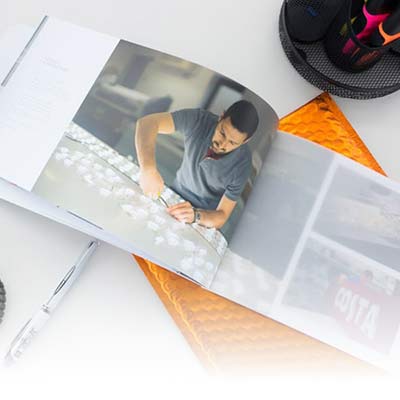 Let’s send you our brochure. It’ll be of help to you no matter what type of sign you’re looking for.

Send me a Brochure >>

If you prefer, you can chat with us live.

We’re happy to call you too.

Thanks for visiting Voodoo.

We can very quickly put together and send you a personalised information packed based on your interest.

All we need’s an email address.